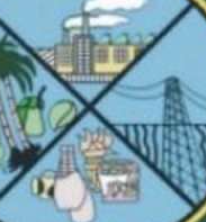 industrial development and business. The decision should be reversed immediately, Sherbaz said.
PESHAWAR: President NWFP Chamber of Commerce and Industry Sher Baz Bilour has rejected the government’s decision to increase the prices of petroleum products and said that the prices of petrol and diesel should be gradually increased. This decision is detrimental to the country’s economy, industrial development and business. This decision should be reversed immediately. In a statement, NWFC President Sherbaz Bilour said that the government has increased the price of petrol by Rs 2.70 per liter, light diesel by Rs 3.8 per liter and high speed diesel by Rs 2.88 per liter, which will severely affect industrial, commercial and business processes As a result, inflation will rise further across the country and the common man will be directly affected.
He said that the process of development of businesses and industries affected by Corona virus has already been severely affected and repeated hikes in prices of petroleum products by the government would completely stop the wheel of industries across the country. Unemployment will rise further.
He said that continuous rise in petrol and diesel prices was tantamount to anti-business and anti-industrial development measures which should be withdrawn immediately.
He further said that the government should provide relief and incentives to the industries and business community affected by the Corona Lockdown and not to aggravate their plight by implementing anti-business policies. He said that two to three revisions in the prices of petroleum products in a month would not only increase the cost of industrial production but also the prices of food items which would directly affect the common man.
He further said that the gradual increase in petrol prices would also affect the national economy, especially the manufacturing sector, which would hamper the process of industrial development and further increase unemployment. He demanded the government to immediately reverse the recent rise in prices of petroleum products or else the business community would be forced to protest.
January 11, 2021 by Per Techy News 0